Vocabulary matters at Harris Academy Battersea! We are so excited about this new Bedrock competition open to all of our Year 7-9 students. All you need to do is complete 140 points by the 24th of October! @Bedr0ckLearning https://t.co/vFiJk3W7n8

Congratulations to all of our students receiving results today. We are incredibly proud of your achievements and how hard you have worked! #knowledge #integrity #resilience

Looking for your next role in a diverse and successful school? Apply for our Administrative Officer role: https://t.co/UYAVb00jrs

Vocabulary matters at Harris Academy Battersea! We are so excited about this new Bedrock competition open to all of our Year 7-9 students. All you need to do is complete 120 points by the 18th of July! @Bedr0ckLearning https://t.co/gJr6ypP6Y8

Last week a group of Year 8 students, led by Mr Heerey and Mr Reid, took part in an online debate competition with a number of other schools in the Harris Federation.

With just three days' notice, the team of Renee, Valentina, Sadie, Ison, Kaylen, Tumi and Nuauwa (pictured below) worked incredibly hard to be ready for a competition for which the other teams had been preparing for months. 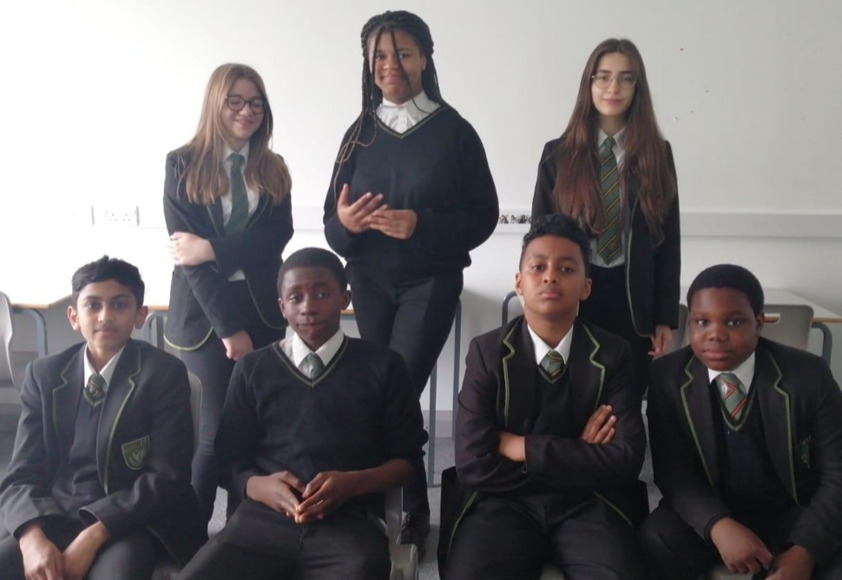 In a debate against East Dulwich Girls, the HABS team ran the competition close but did not unfortunately make the semi-finals of the contest.

Mr Reid and Mr Heerey were incredibly impressed at how well students were able to compose themselves and recover after making small errors, improve their public speaking abilities and think on the spot to provide some excellent responses and rebuttals to the points of the other team.

The seven students were incredibly dedicated and enthusiastic throughout both the days of preparation and the day itself and more than deserved a place in the semi-finals.