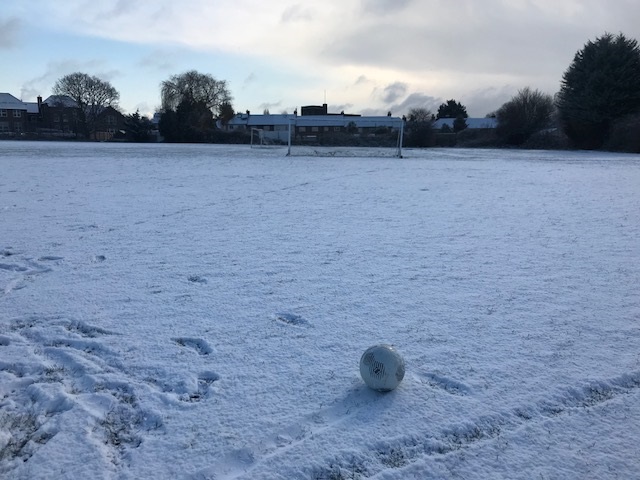 The snowy conditions were no match for our Year 10 boys' Football Team last week as they beat Ashcroft Academy 5-4 in the Wandworth League.

It was a testing match, but great finished by Treasure and Obaid put us ahead. Doneil executed some great saves despite goal not being his usual position, as did Enock and Luke with Ashcroft becoming more confident and attacking harder in the second half. Tommie took the title of ‘Man of the Match’ for his consistent hard work throughout the game usurping the attackers and gaining back control of the ball.

The victory against Ashcroft was preceded by another win against Southfields Academy in January where Javon impressed with a bend-it-like-Beckham goal which helped secure the 4-2 victory. We were ecstatic, especially considering that we had a difficult first half. However, following a great team talk at half time, the defenders pushed upwards and we worked much better as a team.  That coupled with J’von running the whole pitch, the team were motivated to play better and it certainly paid off.

Ms Lacheta said, “We’ve had two matches so far in the Wandsworth League and two wins! I’m incredibly proud of the team and we hope to have more success when we play against St Cecilia’s on the 6th March. Come on boys!!”