Quarter Finals of the Harris Cup

The Year 10 football team played took on Harris Greenwich in the quarter finals of the Harris cup last week. Despite playing in arctic conditions our boys put in great effort and showed good determination. In the first half they had a few chances down the left hand side resulting in Romel Matias taking on three opposing players, cutting inside and taking a shot. Likewise, an early chance down the right hand side was just wide with J’von Martinez hit the side netting.

Unfortunately, Greenwich gained a free kick just outside of Battersea half which beat the keeper. This gave Greenwich their confidence and they ended up 6-0 winners.

Well done to all the boys playing in those conditions and for making it as far as the quarters! 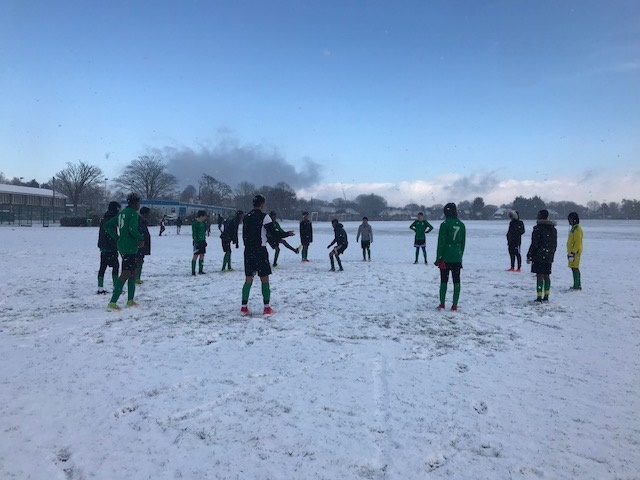