Wandsworth Football League: The Next Installment

The year 7 football team have once again done HABS proud as they represented us at two games of the Wandsworth Football League.

The games which both took place at Southfields were hard fought by our boys and as always they were great ambassadors for our school.

The first game saw them face Southfields.  They played well and had several chances at goal however the skilled goalkeeper and the crossbar kept the scores at 0-0.  Towards the second half our team became more dominant in attack, but unfortunately their efforts were unsuccessful, and Southfields attacked on the counterattack managing to score resulting in a loss of 1-0 to the HABS boys.

Next to face the HABS team were Ark Putney.  Both teams started well with HABS boys narrowly missing their shots on target before a decision from the referee gave Rio a chance to score from a penalty.  Despite placing it directly at the goalkeeper the power Rio put behind the shot ensured it hit the back of the net taking the HABS boys into the lead.  This goal boosted moral and confidence resulted in our team executing some impressive passes and eventually Rio scored a second goal after converting a pass from Rin. Ark Putney upped their game forcing a few saves from Georgio in goal.  In a lapse of concentration from our team Ark Putney scored as a result of a corner.  We battled on and managed to maintain the lead winning the game 2-1.

With 1 game left to play against Graveney after the holidays, the Year 7 team have currently won 2 games and lost 3, meaning a win against Graveney could see them get a place in the semi-finals. We’ll keep you posted… 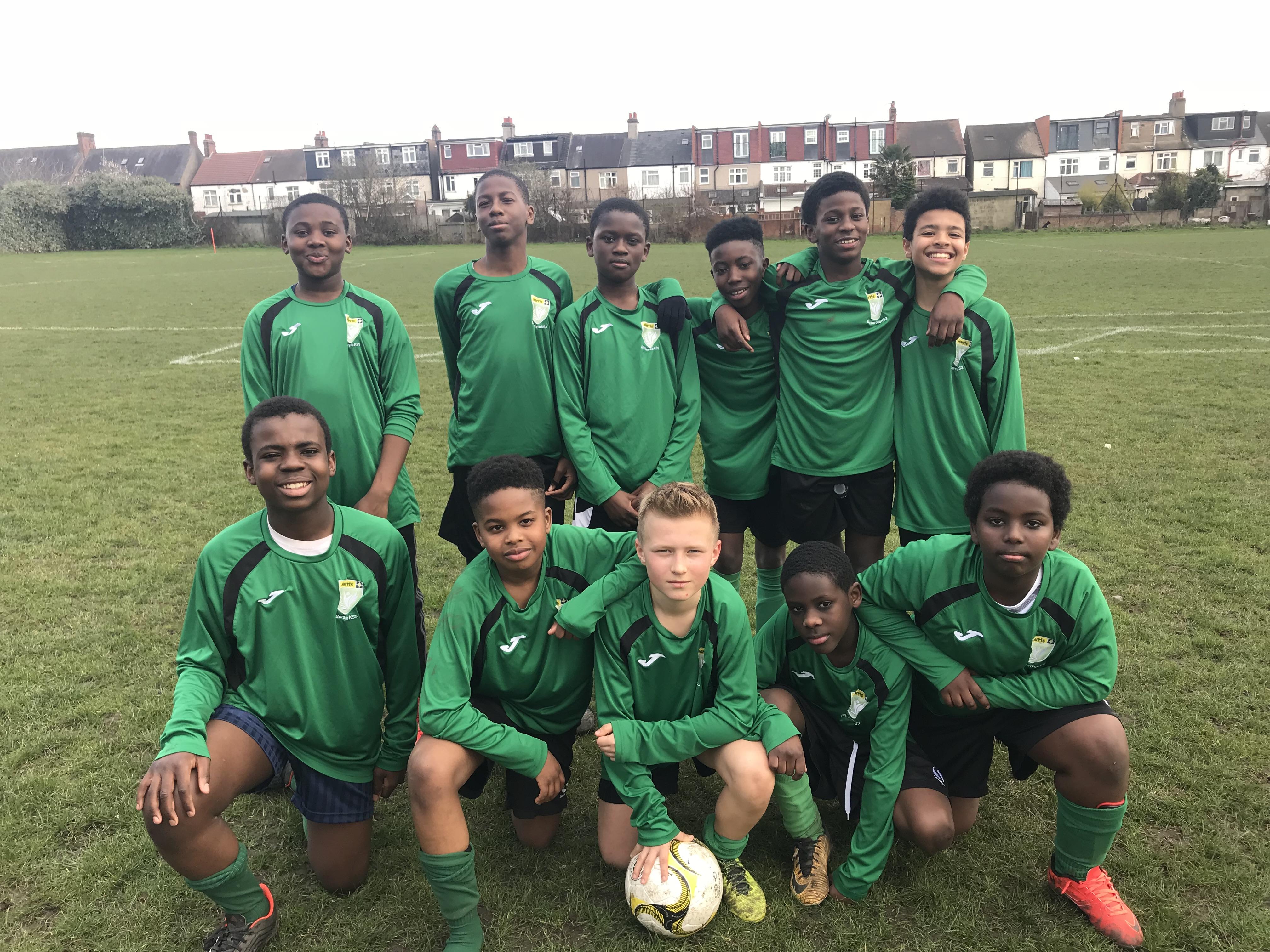