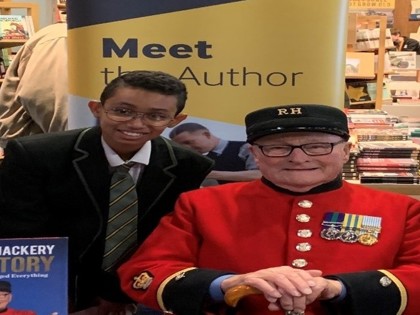 The whole of Year 8 visited the Imperial War Museum recently to enhance their engagement with the ‘War and Conflict’ theme in the English curriculum.

With Armistice being the 11th of November, this was the perfect week for this trip. The students completed activities based on their English work whilst exploring everything the museum has to offer, from World War I through to modern conflict. They also had the chance to meet war veteran Colin Thackery (pictured).

“The Imperial War Museum helped me understand more about the living conditions in war. In my opinion, the most interesting part was the room about Extraordinary Heroes. This room told me more about individual people who risked their lives for others and their country, which really inspired me. I gained more understanding about the war from different people’s perspectives.” 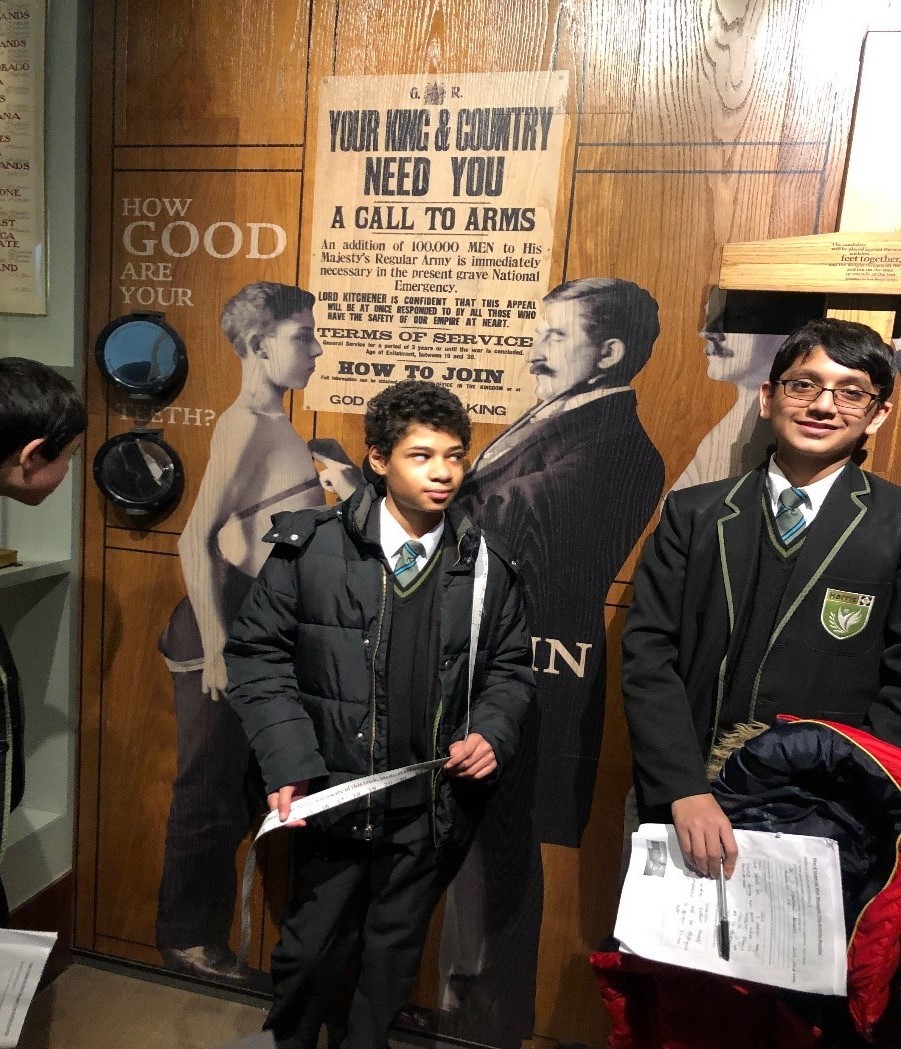 “I enjoyed the trip as it gave us more context behind the things we are learning about in school such as Wilfred Owen and his experiences. My favourite part of the trip was going through the trenches and seeing how and what experience the soldiers went through.”

“At the museum, I really enjoyed the interactive questions in the modern conflict area. I enjoyed it because it told me that people have different opinions and perspectives on war. I also enjoyed the World War I floor where we saw weapons and machinery used. This helped us understand more as it told us the impact it had at the time it was used. Lastly, the Extraordinary Heroes exhibit displayed many soldiers who put others before them and gave an understanding of what soldiers had to fight against.” 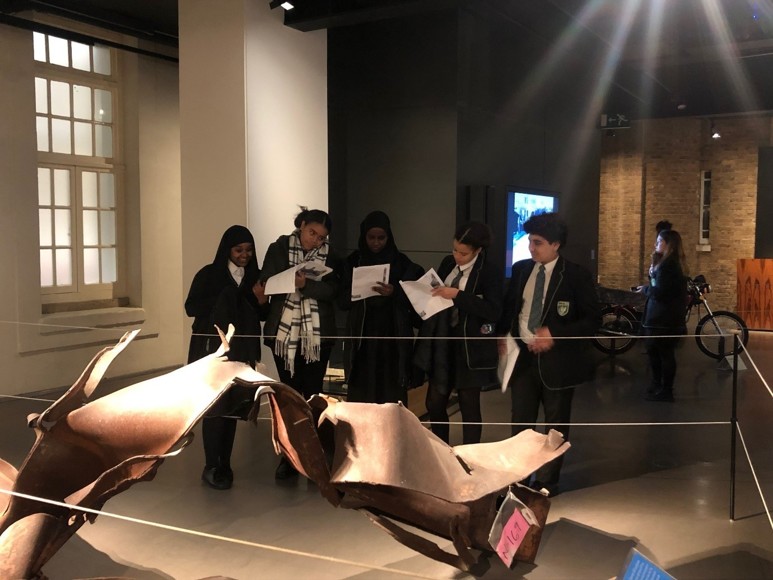 “The whole trip was amazing, but my favourite part was learning about how men signed up for the war, how they were measured and weighed. Also, how women were affected and how all the propaganda posters were used across the world including Australia and the Bahamas.” 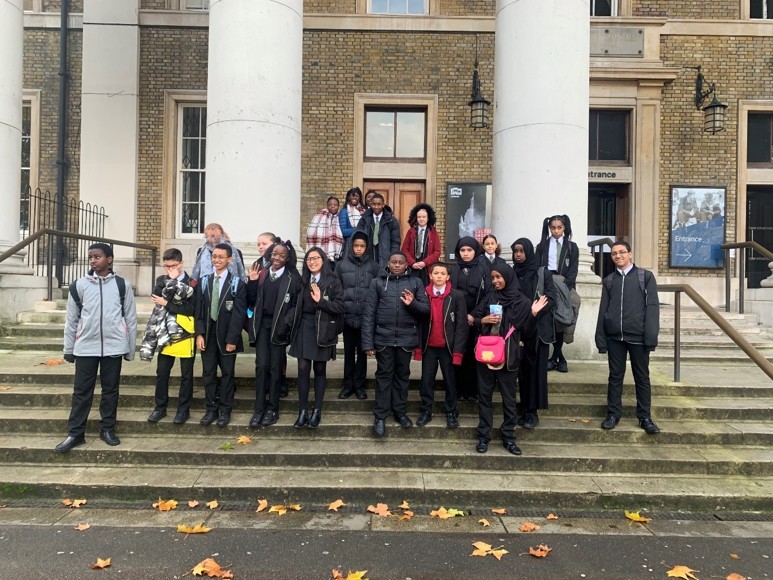