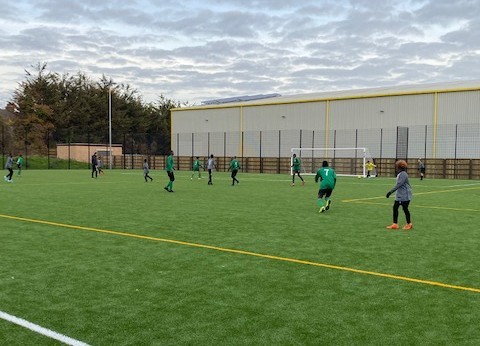 Our boys went up 1-0 within the first 15 minutes through a penalty, as Rashad was brought down inside the box.

Rashard stepped up and took a lovely penalty, placing it to the right of the keeper. Just before half time, the hosts scored through their number 9 getting on the end of a very good cross.

In the second half, we lost Mohamud in defence to a hamstring injury, therefore we were left weak at the back and again, a cross and their number 9 being in the right place meant we were down 2-1.

Our boys are now out of the Harris cup but they have the Wandsworth League still to play for.