English Literature students from Year 12 were fortunate enough to attend the Playhouse Theatre to watch a performance of Cyrano de Bergerac on stage.

Cyrano de Bergerac is an 1897 comedy. Bergerac is a soldier, a lovestruck poet and a musician. He falls for a beautiful woman, Roxanne, but fears his larger-than-average nose will prevent him from wooing her. The performance was a modern adaptation of the original classic focusing on themes such as love, prejudice, judgements and appearance. 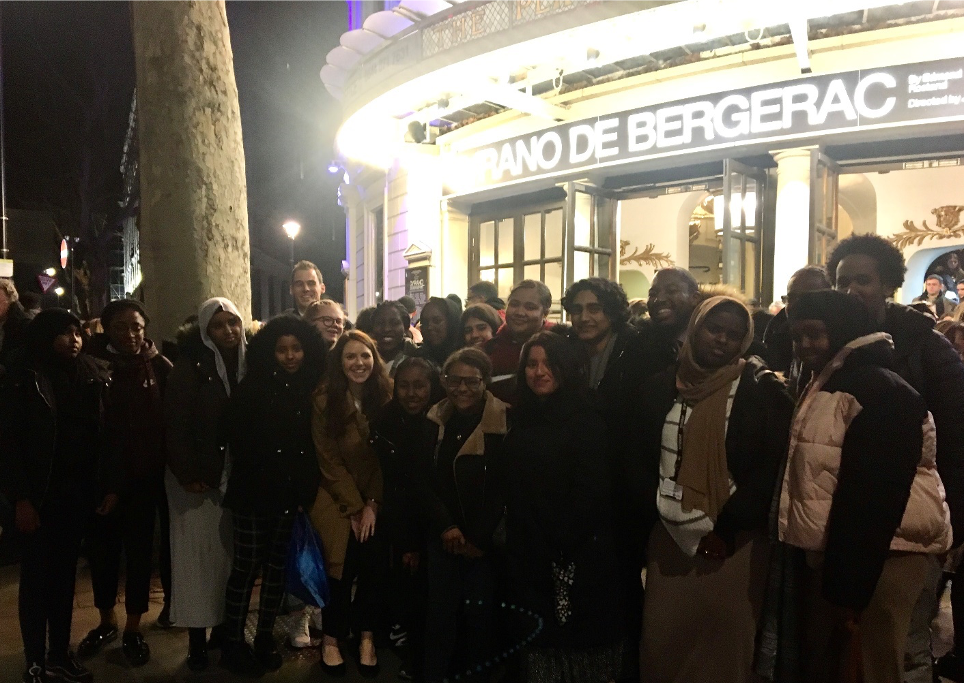 For many students, this was the first time they had been to the theatre but, for all of us, certainly the first time we had watched a performance so raw, so dynamic and so utterly compelling.

Most excitingly, James McAvoy (Hollywood star of films such as Split, Atonement, and X-Men) was the star of the show and despite not being able to attend the promised Q&A after the show, students were dazzled by his performance. Some students were so moved that they cried during the performance and even afterwards back at home (I won’t name names!)

Student had a once-in-a-lifetime experience and we will be signing up for tickets to the next Playhouse show on offer!