Staff take on Students on the Football Pitch 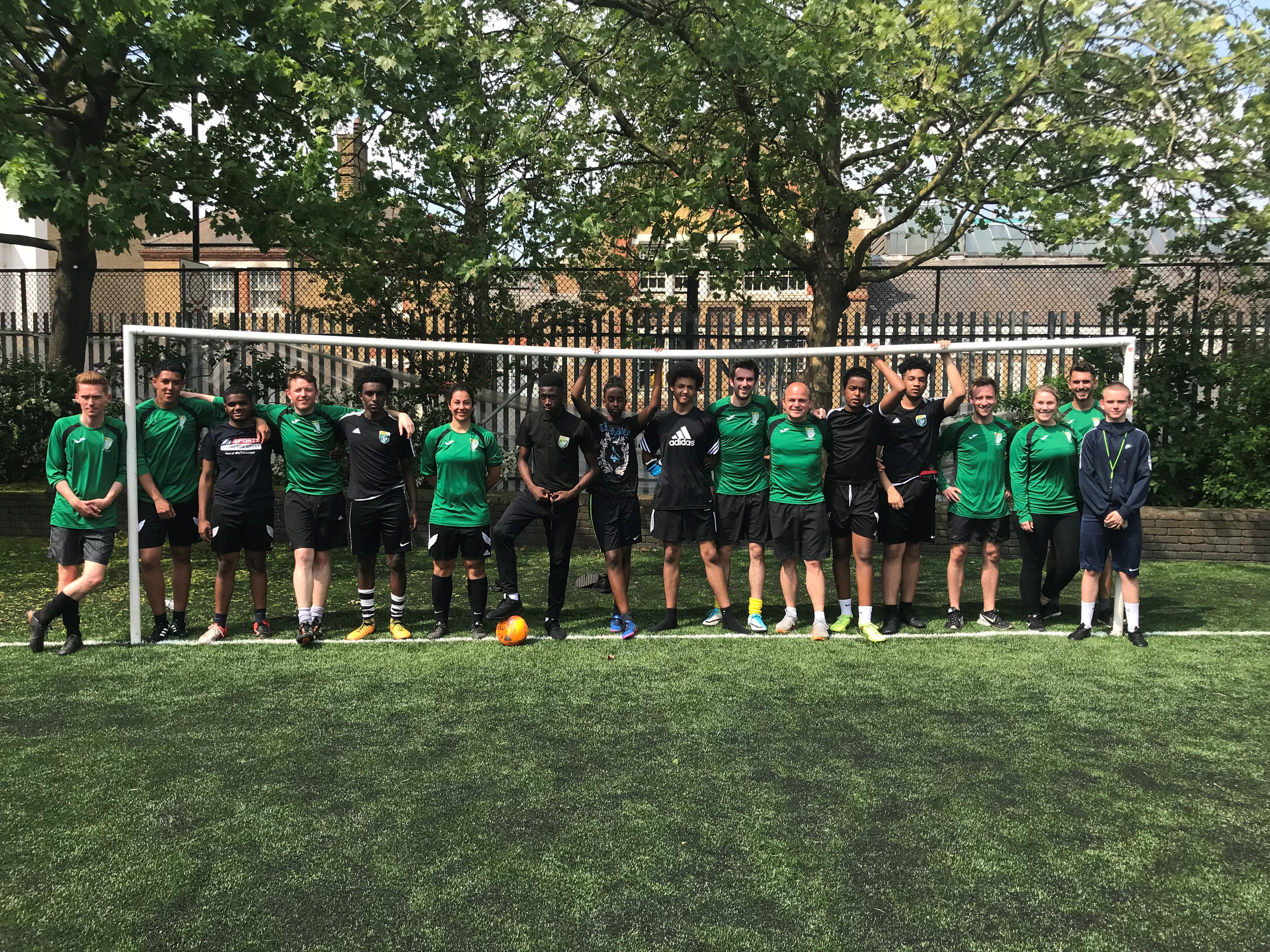 This week we experienced a determined display of skill, with a little bit of luck thrown in, as the HABs staff took on our students in an exhilarating game of football.

Thirteen staff members laced up their boots eager to take on ten of our highly skilled Year 11 students in a match which certainly entertained the rest of the school.

Ms Cambridge had the not-so-enviable task of captaining the staff team.  She said, “I knew I had my work cut out, but what my team lacked in skills they certainly made up for in enthusiasm!  I knew we were going to be on the back foot from the offset as the Year 11 team was made up of some incredibly strong players.”

The first whistle blew and the game commenced. After Ms Cambridge took a corner which was too long to be received, Mr Johnston picked up the pace with a great rebound which unfortunately just missed the goal hitting the bar.  Mr Kenlock used great skills to fool Alex to take possession of the ball. After some further toing and froing Mr Hird eventually scored the first goal.

Undeterred, the students fought back with Michele and Khalid holding possession of the ball. An impressive interception by Mr Hinz regained possession and Ms Cambridge took a shot at goal, but it wasn’t strong enough for the opposition’s goal keeper who saved it with ease.

Michele was doing a great job in attack but was scuppered by an impressive slide tackle by Mr Mulvihill.  The battle continued and the second goal was scored by Michele taking the result to 1:1. Michele was on a roll, scoring a further two goals shortly after, taking the score to 3:1 to the students at half time.

After a pep talk from Captain Ms Cambridge the teachers approached the pitch with renewed vigour for the second half and it wasn’t long before Mr Grifith-Wilkin scored taking the score to 3:2. Determined not to be defeated by their teachers, the students once again upped their game with Reece scoring the final goal before the whistle blew.

The excitement was palpable as the students took the victory 4:2.

A huge thank you and well done to everyone who took part. 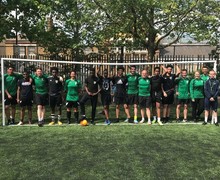 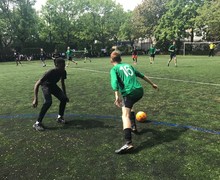 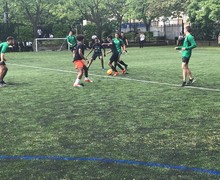 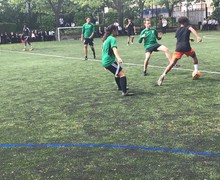