On Monday the 3rd February the Sixth Form Geographers from Harris Battersea journeyed down to Swanage on the Jurassic Coast World Heritage site in Dorset as part of their coastal studies for A Level Geography.

The aims of the trip were to study the area's coastline and conduct fieldwork into the effectiveness of coastal management in Swanage Bay on the Tuesday and coastal processes at Chesil Beach on Wednesday.

On arrival the students settled into their rooms before a quick orientation in the classroom prior to visiting Studland Beach and sand dunes to look at soft management and the effect of erosion on the unconsolidated sand beds in this area. 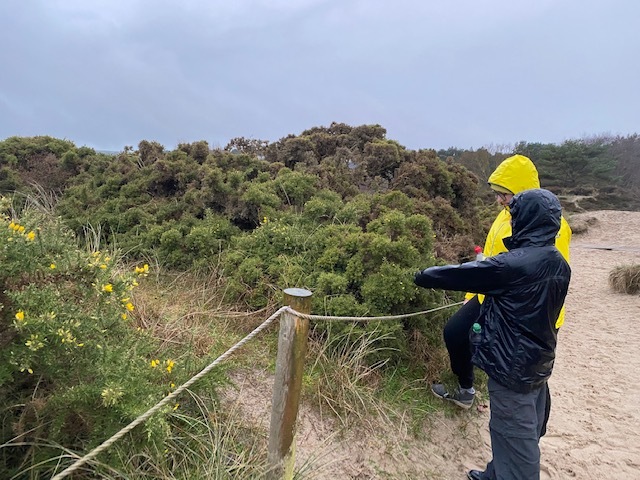 The next day again started in the classroom, familiarising students with the Swanage Bay and the geographical context in which it sits before looking at Swanage itself, its demographics, history and population statistics.

We then walked down to the Mowlem Theatre and conducted a Bi-Polar Analysis of the sea wall, along with a Cost Benefit Analysis and Flood Risk Analysis of this first coastal defence. Next, we did the same but along the stretch of beach which had wooden groynes along it, installed in the 1980s. However here we also measured the sediment drop on each side of the groyne in order to gauge their effectiveness in slowing longshore drift. 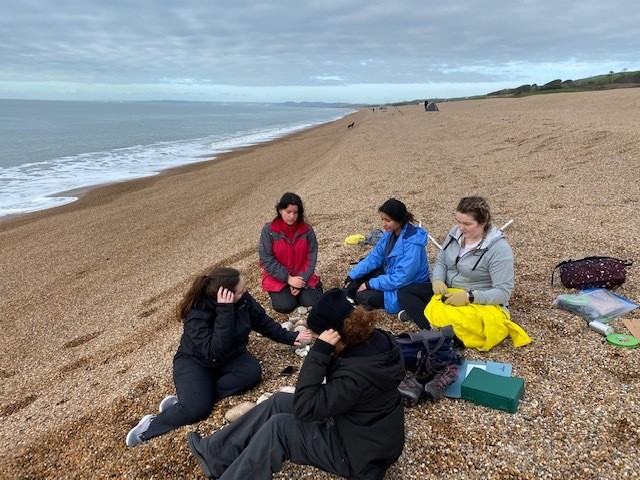 On day three we travelled west to Chesil Beach to conduct beach profiling and conduct an analysis of sediment size and longshore drift. Different size rocks and pebbles were collected and categorised according to length and weight before being split into four groups of ten rocks according to size.

Each group of rocks was then spray-painted one of four colours before being returned to the shoreline and left for 90 minutes in order to assess the direction and rate of longshore drift according to sediment size. Unfortunately, we found that as the tide was coming in the swash was in fact depositing offshore shingle onto the beach and reshaping its profile, building it up steeper at the bottom. Thus, most of the rocks were buried and we were only able to locate and measure pebbles from the largest two groups. 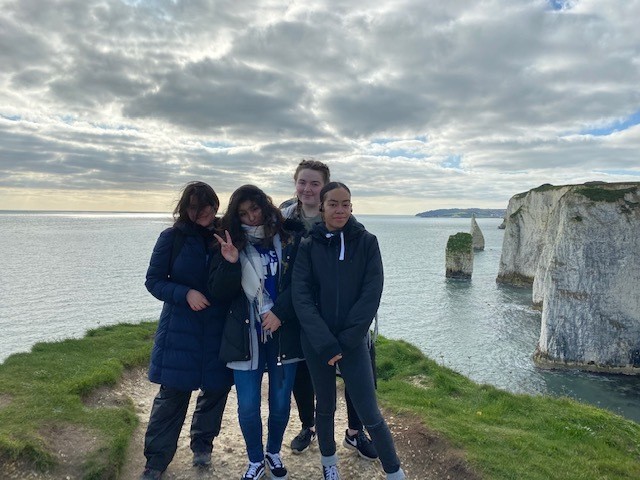 However, the data we did collect was still enough to analyse and draw some conclusions and the observation of how the tides brought sediment up the beach, steepening it, was in itself an interesting observation of how constructive waves build beaches up over time.

On the way back to Swanage that evening we stopped at Lulworth at dusk and took the steep coastal path under the clear skies and moon to Durdle Door. The light was fantastic as the sun set behind Portland Island and Weymouth to our South East. Durdle Door was majestic in the clear dusk sky and the students were taken aback by its beauty. Truly a fantastic sight for all and a world class example of coastal landforms.

The next day after breakfast we did an hour of classroom work, unpacking the data from the previous day before loading up the minibus and driving back to Studland and walking to Old Harry’s Rocks at the end of Ballard Point. These rocks serve as an excellent example not only of coastal erosion but also offer a view of a discordant coastline and an example of eustatic sea level change as they used to be connected to the offshore Isle of Wight, prior to the post glacial sea level rise which occurred at the end of the last ice age some 15,000 years ago.

We then returned to the van and caught the Studland to Sandbanks ferry across Poole harbour estuary to look at another coastal case study which the students as part of the OCR A Level course. Sandbanks offers an excellent example of an exclusive beachside residential district as well as an area at major threat of sea level change and increasing coastal erosion.

After a quick drive around the Sandbanks one-way system, ogling at the millionaire seaside mansions we hit the road for one final time and made it back to Battersea just in time for Year 11 intervention! 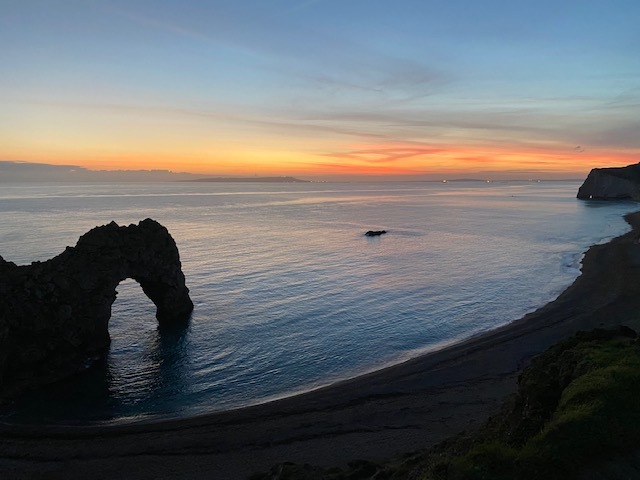